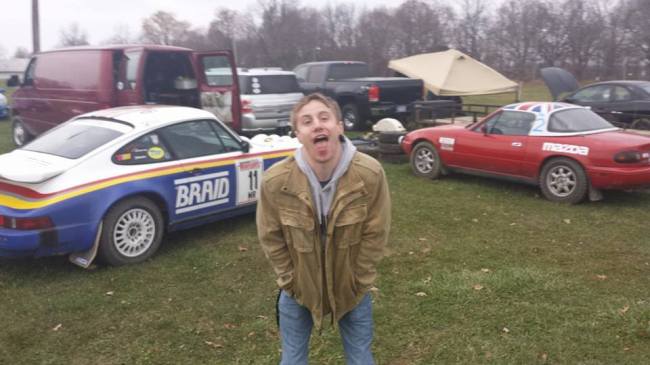 Yup. That’s me. I’ll be posting on this blog about some of the crazy stuff that I somehow get myself into. I suppose that it would be appropriate to introduce myself to give you a little bit of insight on me, and where my thoughts come from.

My name is Garrett. I am 22, and am currently still in school after nearly four years for Electrical and Computer Engineering at Western Michigan University. I love cars. Building cars, working on cars, racing cars, looking at cars, computerized cars, buying cars, selling cars, and anything that would resembled a car. Also beer. I enjoy beer from time to time.

Right now I drive a 1998 Subaru Impreza RS, that has a full JDM Version 4 STi swap done by myself in my parent’s garage using a floor jack and some wire strippers… and maybe a few other tools.

It does the job of merging onto highways and waking up the neighbors with ease, and at the right angle looks pretty alright too. It does a whopping 112mph because the electronic speed limiter internally programmed into the Japanese ECU cuts fuel, because laws in Japan in the 90s only allowed cars to go 180kmh. To me the car is a living, breathing representation of all the Fast and Furious movies and Gran Turismo games my 12 year old self could handle, and right now I am young enough to be able to pull off the “boy racer” without anyone thinking too much about it.

The Version 4 STi sported a 2.0L flat four, turbocharged motor called the EJ20k, and put out a (conservative) 280PS, or 276hp. This amount of power was the maximum power allowed to be produced from a 90s Japanese motor because of The Gentleman’s Agreement. The agreement wasn’t exactly a law, but Japanese manufacturers pretty much agreed that a “horsepower war” in a country that didn’t have a speed limit over 62mph was something they didn’t want to have happen. Because of this, manufacturers would rate their motors to have exactly 276hp… whether or not they were being truthful, is something of differing opinions. Whether it was EVOs, STis, Supras, Skylines or Chasers or Soarers, all of the motors in those cars produced “276hp”.

Anyways, I could write a novel about facts about my car, but this being a blog, and not a research paper, I would much rather keep selling you on me as a person you would want to read content from.

Here we go: Quick round!

While I’m sure if you have read any bit of this blog, you will find a lot of Subaru stuff. You may think that everything you are reading is written by a bunch of Subaru fanboys who enjoy jerking off the Ken Block’s Gymkhana videos while drinking Monster and vodka rocking out to the latest of music to twerk to.. and you’d be right. That’s exactly who Joey is. While I occasionally enjoy twerking, I also occasionally prefer EVOs, and occasionally rip their motors out. 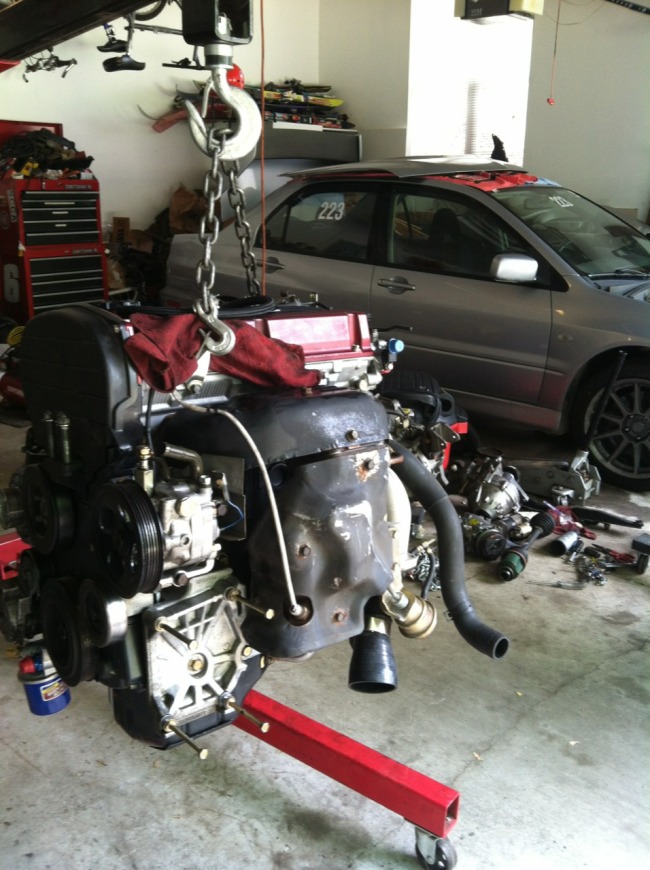 What I am REALLY trying to say here, is that I cannot wait to contribute tons of content about everything cars to this blog in the most neutral and logical way possible. I like to do the impossible, and people saying I can’t (or won’t) do things, just makes me want to do them more.

You’ll definitely be seeing more of me around.

Now back to studying for an exam on Monday… ugh..

View all posts by Garrett