Recently I have been watching many videos about the new 2017 STi race car for the famous 24 hours of nurburgring. So far it looks like there were some major changes to the car over the last year when compared to the 2016 race car mostly in the aerodynamics department but some other changes as well.

Not many changes it appears to the tried and tested EJ207. It would be safe to say the engine makes around the same 340hp and 340tq as it did before due to class rules. Interesting changes to note are the turbo inlet appears to be titanium or some other alloy as opposed to the carbon fiber ones used in the past. It is also very cool to see so many off the shelf parts and standard STi parts on such a high profile race car. If the stock TMIC , intake manifold and such are good enough for a factory backed race car then surely they are good enough for us mere peasants correct ?

Looks to be a little less aggressive in the rear than last year but still following the same body lines. 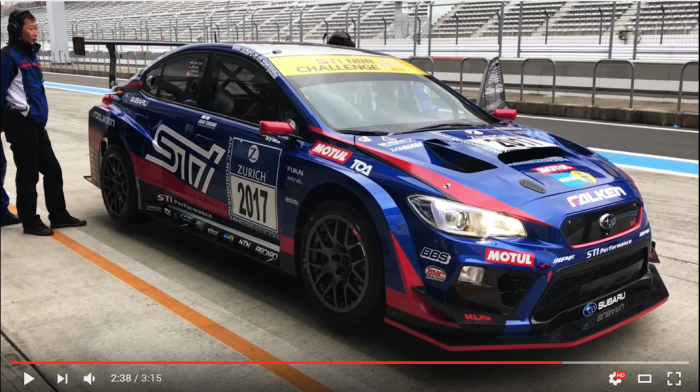 Even more rear aero than the 2016 car with the addition of the wing being a little further back it seems. 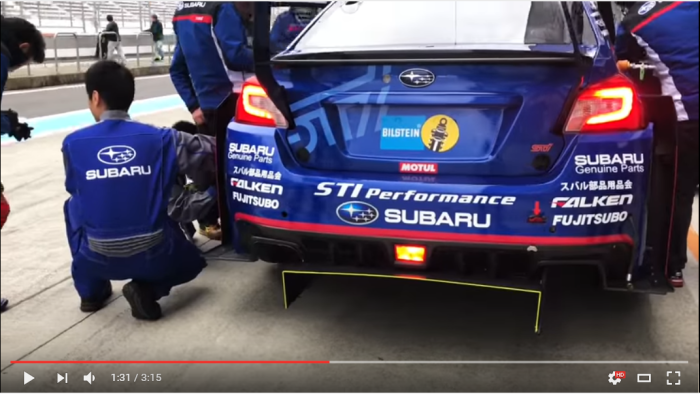 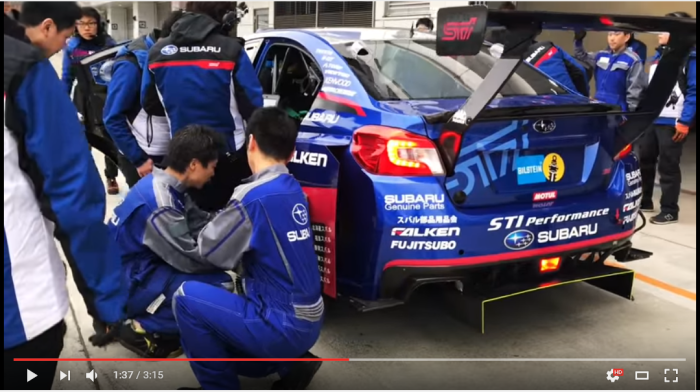 Here is the complete video of Fuji Speedway testing

Here is the video from last year with some very good driving and a great save around the 2:10 minute mark !