So its February and starting to feel more like winter here in Michigan which sucks cause I really dislike the cold. I am spending my time working on honing my video editing skills so that I can pump out a bunch of quality You tube videos this summer unlike most of the dubstep infused garbage you see when viewing videos about Subaru’s. I also should have the first batch of the Make Subaru Great Again hats sometime in the next week and if they all get sold out fast I will have to get another batch made but enough of that rubbish and onto the cars. 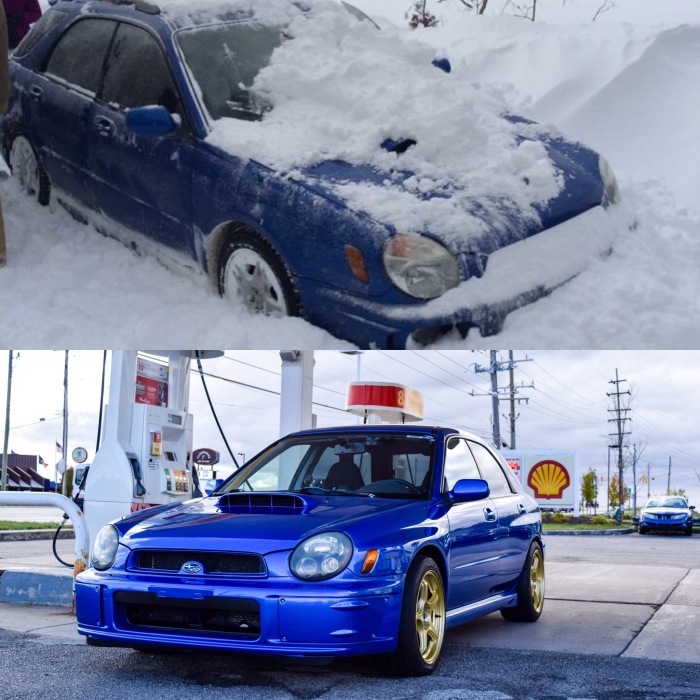 Legacy daily driver is performing well even though I managed to break the drivers side rear door handle already due to freezing rain and my retard strength. There is a weird vibration in the rear of the car on startup and partial throttle which I think is related to the aftermarket towing hitch that is on the car which I probably should just remove. It seems to like the 5w30 Castrol Edge oil as it has not consumed anything really 1200 miles into the oils life cycle. I am going to have an oil test done by blackstone labs when I drain it in a few months and have some 5w30 Motul Xclean oil to replace it with. I am also really tempted to have some light tuning done on the car to try and increase its piss poor fuel economy above 20-21mpg combined. I feel it can probably do 25-26mpg on the highway but never has the chance to do that due to my drive to work.

So parts for the Legacy this spring are

That should make the car handle well , ride well and look pretty good too. It will remain stock turbo for all of its life and in the event the EJ255 dies it will get replaced with an EJ20Y out of a JDM Legacy GT.

Bugeye has been sleeping for a few months now while the bank account has recovered from its beating in 2016. So far I am on track for a full suspension update for the car and possibly E85. It will remain stock turbo until the driver can control it 100% or the stock turbo dies. Still working on the specifics but I know I will have 18×9 +35 Enkei RCT4 wheels as the street wheel setup where as I will keep my Mach V Awesomes or get some 5×114 Sti bbs to abuse on the track. Still have not decided on tires yet but I really want to try the Hankook RS4 and will also likely need a set of RE71R if I want to be competitive in time attack down the road.

So parts so far for the Bugeye are

So here are some pictures cause everyone loves pictures